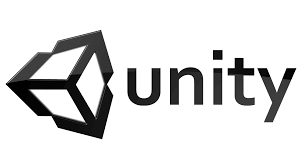 Unity Software Inc (NYSE: U) crashed by nearly 30% in post-market hours after announcing its Q1 FY22 results which disappoint investors.

The steep crash in the stock price follows the downward momentum of many other recently announced US companies such as Netflix, Amazon, Upstart, Teladoc, Cloudflare, and many others.

The company announced its Q1 results which actually topped the higher end of the revenue estimates at $320m – which was up 36% year on year on the same period.

Unfortunately, in an environment where market is cynical on companies that have yet to make bottomline profits, most of the other metrics do not really matter at the end of the day (not at least for the time being).

An important part of Unity’s vertical is the Operate business division – which adds tools for in-app ads, purchases, analytics and in-game communication – started strongly in the month of January but face monetization challenges in the next two months – resulting in an increase in Q1 revenue to $184, a 26% year on year increase.

The “softer” performance in the Operate business is expected to create near term headwinds for management in the short term but they remain confident that it is not structural in nature. Management also quantified and address this issue by quantifying the impact to the revenue which will hit them around $110m for full year impact – with roughly 60% impacting the second quarter, 30% third quarter and 10% fourth quarter. It is not expected to impact beyond this financial year.

The other important division for the company – the Create business division – which includes development tools for 2D and 3D applications – delivered strong performance of $116m in sales revenue – which represent an increase of 65% year on year in the same period.

The company guided for a range of between $290-$295m in revenue for next quarter, which represent an increase of 8% from the previous year in the same period but a drop year on year due to the headwind impact from the monetization explained above.

For a company that is still scaling and growing at 30%, I think this growth rate is about fair (similar growth and valuation rate as Shopify) but today’s market environment clearly think it is still expensive (contrast this to previous year when everyone think this growth vs valuation metrics is cheap).

One metrics which is under the radar and many probably missed is that the company actually makes its first positive operating and free cash flow for the quarter.

Cash flow from operations amounted to $101m – which includes the 4-year coverage of WetaFX’s $200m subscription split into 4 years while free cash flow amounted to $86m for the quarter.

The problem with these companies (similar to the likes of Palantir and others), however, in my opinion, is the increasing stock based compensation which dilutes the earnings and make them more difficult to achieve a Non-GAAP earning positive. It is even more difficult when you have shares going down which likely means many employees are expecting higher amount of stock based compensation and longer vested period, which can pressure earnings profitability.

Until this is tamed and the company can start producing consistent cashflow and earnings profitability, the company will remain under pressure in the face of today’s macro-risk environment.

I think Unity possess a great moat that has a strong foothold in the future of gaming, movie and VR environment, not to mention the option of an imploding metaverse.

It helps to create the engine needed for video games and applications for developers to work into and it has a strong and high switching costs with its ability to integrate with cross-platform rendering, lighting, physics, sound, animation and user interface tools.

The likely problem with it today is it is giving back a reality wake-up call to investors that they are probably isn’t worth anything more than the $14b market cap they are today. With the full-year guidance coming in at around $1.4b, this represents a Price to Sales valuation of about 10x, while on a cashflow basis it is relatively irrelevant to calculate.

1 thought on “Unity Software Inc (NYSE: U) – A Classic Example of a Great Company, Poor Stock Valuation in a Terrible Macro-economic Environment”