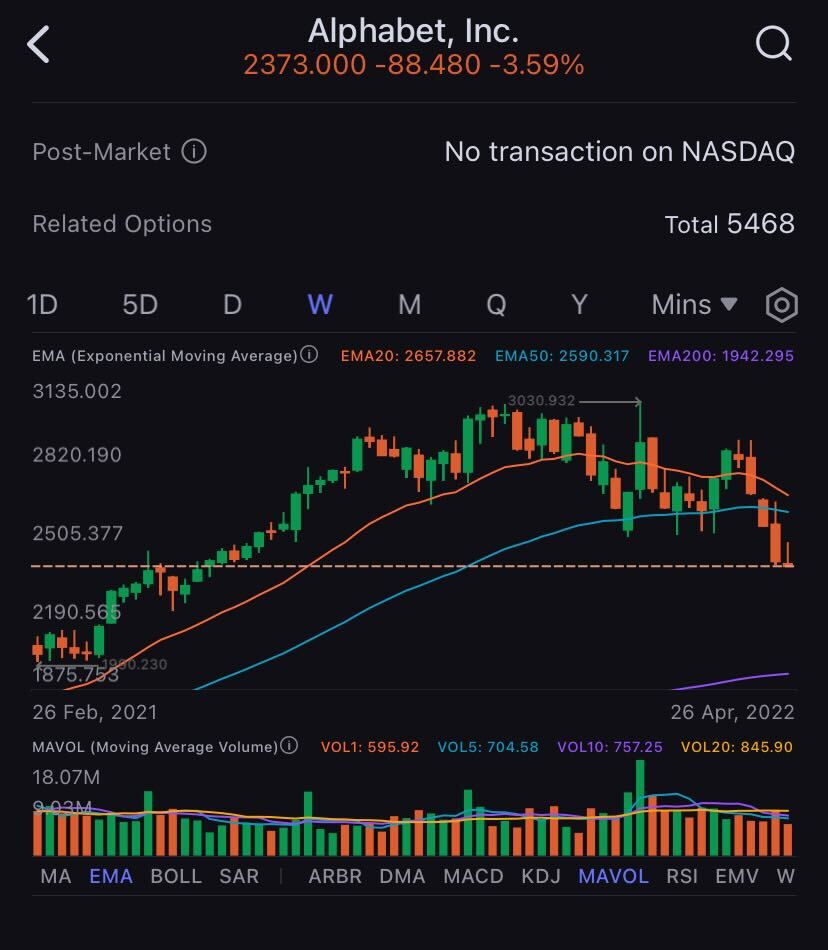 The market is in an unforgiving mood in the past recent days.

Alphabet Inc., which is more commonly known as Google – reported its Q1 FY22 earnings this morning after market close.

The market seems to be disappointed by the results where it drops 3.5% after hours but let’s take a look what is going on.

Google Search & Other reported a strong 24.3% growth year on year, with e-commerce and retail playing a big part as the largest contributor to its digital advertising and organic search as competition heats up and demand coming back.

Travel is also coming back strongly post Covid era and so digital marketing and advertising spend has also increased tremendously in this sector. I can attest to this as I am also working in this industry and I have seen multiple fold increases in budget in this area.

YouTube Ads have also grown 14.4% year on year, which is quite remarkable given the low season in this quarter.

Google NWM grew by a good 20.2% year on year and this is driven by growth in Adsense and Admob as demand comes back this quarter.

Google Cloud continued to command its presence with a 43.8% increase year on year and 5.1% increase quarter on quarter as the company continues to gain market share and reduce its operating losses.

One of the questions which you can read from the transcripts was regarding the resurgence of YouTube and how it can fend off competitors especially in the short form videos space.

YouTube has over 2 billion monthly signed in users and YouTube Shorts (short form video) is now averaging 30 billion daily views – which is 4x as much as just a year back. Meta Platform will be reporting today so it will be interesting to see how Facebook Reels fare on this one.

Management also confirmed that changes in the IOS from Apple’s App Tracking has little to no impact for its search engine and they are mostly browser based.

Management believed that they are balancing their capital allocation well by investing in appropriate areas but also at the same time returning capital to shareholders in the form of buyback when necessary. Alphabet also said it would take into account the stock price as well as the market conditions when deciding when to repurchase its shares.

I am bullish on the company long term and this drop is likely just a mere blip on its earnings.

Each of most of their segments are growing nicely and stronger and you can see they are a direct beneficiaries of everyone spending more to grow their businesses.

Based on my target, I have an intrinsic value of ~ $3,891 for the company based on the projected 15% growth over the next 3 years and then slows down to 10% thereafter. I think the company still has rooms and legs to go much further than this projection.

At the current valuation, they are only trading at 20x PE metrics and a FCF yield of ~ 4%.

From the chart, there is a good support along the line of $2,220 which is another 3-4% after market hours price and I think we can see it revisit if market continue to falter.

Using the Smart Order of Buy-Low feature, you can set a pre-determined price at this while waiting for your order to get filled.

When you buy your order, remember to also share your order via eligible social media in order to receive your mystery box which can range from a good SGD 0.08 to 8.88.

Note: Chart and data information are courtesy of uSMART SG, your new broker in town. Do check them out!