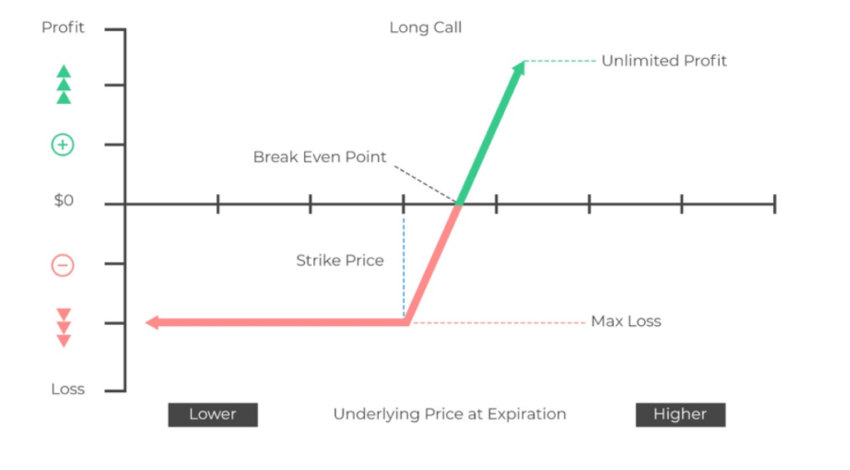 Since my last article on writing a put option has received quite a good amount of traction and feedback from readers (see link here My Thought Process On Writing a Put Option – With Actual Case Study On Citibank (NYSE: C) – 3foreverfinancialfreedom (3Fs) Financial Independence), I decided to continue with this series using actual case studies that I have personally used on myself.

In fact, in this article we’ll be looking at not one but three different case studies that would helped me to substantiate and put across my ideas in a real situation environment.

But first, let us understand what a call option is.

According to Investopedia, a call is an option contract that gives the holder the right, but not the obligation, to purchase the underlying asset at a pre-determined price (also known as “strike price”) at or before the contract’s expiration.

As a buyer of the call option, you would pay a market premium to have this “buyer’s control” and have the ability to purchase the underlying stock at the strike price, if the contract finishes in-the-money.

What this simply means, in layman’s terms – if you are buying the call option of a stock (Example: Apple) for July expiry at a strike price of say $130, the option would expire out of the money if the underlying price (Example: $120) is trading below that. The premium that you pay will also be gone.

However, if Apple suddenly announces a great quarterly blowout earnings, which sends its share price rocketing to above the underlying strike price (Example: share price rockets to $150), then you stand to benefit from this situation as holders of the call option, you are able to exercise your rights to purchase the Apple share at $130 upon expiry.

In most cases, option holders do not tend to wait and exercise their rights (even though they can). They simply sell the call options that they have (which have now risen in value) to the next bag-holder in the market.

From the above example, you can already see the obvious advantage of a call option.

Typically, a call option would allow you to risk a small amount of money for a much bigger rewards as the maximum risk is limited to the premium that you pay while letting the profit runs without limit to the sky.

This is akin to how most lottery competition is being conducted (think of the time when you had to buy 6 Toto numbers during the CNY period at Singapore Pools). The goal of a lottery is to risk $1 and win millions of dollars. Well, that’s literally the same logic with a call option here.

One other thing though that you have to think as buyer of the call option is the time decay that’s working against you.

While you can choose a longer dated option to your preference (do note the longer the timeframe the more expensive is the premium), each day that goes by will eat into the value of your option should everything else remains equal. In other words, it sorts of force you to time your thesis properly else it’ll be eating into your profit margins.

Other than that, I don’t think there’s much other major downside risk for buyers of a call option.

I’ll be using three actual cases which I did recently in the past few days or weeks to articulate the different scenarios of how I would use a call option.

DANAOS is one of the largest independent owners of modern, large-size containerships.

During the pandemic, supply chain demand has increased tremendously because of the rise in e-commerce. Together with the ensuing slowdown in the terminal operations, this have exacerbated demand and the liner sector is at the limit of its capacity. Furthermore, you might recall that earlier in the year, the blockage of the Suez Canal situation further contributed to the disruption in the supply chain, which sent freight and charter rates rocketing to sky high on levels not seen for at least more than 12 years since the GFC hits us.

In fact, their latest earnings showed us that orders capacity are currently at 10-year high, 2 years forward full and management do not see rates disrupted at least until the end of 2022.

Some of you might know that I used to come from a logistic and supply chain industry breakdown, where I was in the industry for over 7 years and still has many friends there whom I am keeping in touch with. So it pains me to miss out on this especially when I had so many hints from my friends who were gloating about how much bonus they received back in the FY20/21 year.

Since the pandemic started, this stock has risen over 30,000% to date.

The share price has hit the rock bottom of $2.50 at the peak of the pandemic and has slowly crept up to where they are today sitting at just under $75.

The stock has a clear uptrend and fundamentals doesn’t look like abating anytime soon. In fact, if earnings and management guidance is to be taken seriously, we are still looking at potentially undervalued for this play (company is trading at only 5x PER and 3.5x Forward PE, with book value at 1.1x).

Still, it is not a company where I have done in depth study to the point that I would put a lot of my money to this at current level, and being a natural cyclical company, I would want to play very safe and not risk my money more than I should be (chasing after returns).

The call option in this regard, is my best play to ride this while limiting my risk if I need to.

Personally, I am expecting for this company to reach $100 before the end of my expiry which will put me at a gain of around $14 per share. You multiply that by 100 shares (=1 contract), and that gives you $1,400 in profits.

Given that my initial capital for paying the premium is only $610, that will give me an ROI of over 230% (or more than 400% returns annualized).

Of course, I could also be nimble and start selling right before the option expire as and when I deemed it as fit, which likely looks the case for me.

So to summarize the first case study, this is a plan where:

In case you are wondering what a meme stock is, it’s basically a stock which has been named many times in red hot social media platform such as Reddit which resulted in retail players pushing up the price to absolute sky limit.

Clover Health is a medical health care company which provides maintenance and coverage for premium plans and Medicare.

To be honest, for a meme stock you don’t have to care so much about what the company does or what the fundamentals or earnings result for the company is going to be.

The goal of investing in a meme stock is to have fun, enjoy and breathe the same air as those guys that you see in the forums.

I treat this almost like going to a casino table (where more likely than not you are likely to lose money) or Timezone with my kids (where it is 100% certain I will lose money).

So what happened was on the 8th Jun, the share price shot up by 85% that day. Like everyone else, it gets me excited but I want to hold a wait and see attitude to see if it’s going to drop back tomorrow to allow people like me to enter.

So on the 9th Jun, the shares dropped by 25% and then a few more percentage points over the next few days. Sensing this as an opportunity (obviously risky) play, I decided to enter through a call option.

The IV for meme stocks are usually high which resulted in premiums getting a little more expensive than I like to.

I was expecting this to rocket shoot high again at some point before the end of the expiry, which will allow me to pocket an insane amount of gains and ROI (too lazy to compute, but know it’s just insane).

Day after day, I was waiting in vain, the share price continues to consolidate within the $11-$16 range but never really gave it a good run after that.

The share price closed at $12.97 on the closing day of the 25th Jun (which is below my strike price) so my option expired worthless.

So to summarize the second case study, this is a plan where:

Some people may weigh the reward over risk in this kind of play and get very comfortable with it.

I think I am quite comfortable in this type of play myself and may give it another try in future.

As long as mental knows what you are doing (and that’s having fun), that’s good enough.

At some point, I may just strike a lottery with an insane ROI.

This is also one of my favourite type of play, using call options at the specific strategic timing during a breakout.

I’ve written an extensive article on this company not too long ago so if you have not read it, do read them first here AMD: Why I Think You Should Ride On This Semi-Conductor Company – 3foreverfinancialfreedom (3Fs) Financial Independence.

I have also posted a technical update in my Facebook page on the 25th June when the stock had a breakout of the bullish pennant pattern so do join the page if you have not done so and would like to get such an update.

The expiry was chosen strategically right after they announce their earnings results which will be on the 27th Jul.

I do expect things to move fast and forward now that they have made a breakout after consolidating for over 3 months and with earnings on the next agenda, we could see a nice set-up towards the next leg.

So to summarize the third case study, this is a plan where:

So this is longer than what I expected but I think with the case study illustrations above it helped readers better visualize the kind of scenarios I am particularly looking out for.

I don’t usually use much of call options but when I did, I make sure I have it think through the reward vs risk.

Ideally speaking, the reward has to have bigger upside than the risk downside – almost more like a 2:1 otherwise it will be a waste to blindly throw away money where the options will expire out of the money.

Hopefully, the above illustrations help and feel free to comment below your preferred strategies (please share as different folks will have different strategies on how you would approach one).