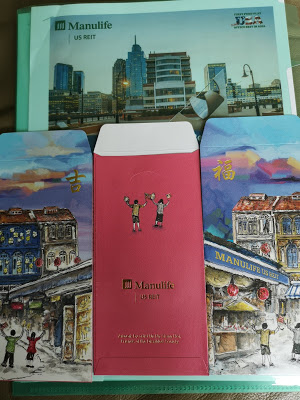 Following the announcement of their full year results earlier this week, which I blogged over here, the management invited a few of us down for a meet & greet session over a informal setting working lunch.
I like that they are conducting frequent Q&A session with the analysts and also engaging the minority shareholders to address some of the queries. It shows genuine interests in protecting our rights as minority shareholders and they are serious about addressing investor’s concerns. The management team is also open to taking feedbacks regarding what can be improved (e.g some of the slides in the presentation on what can or cannot be disclosed).
In the roundtable there’s the management team representatives, which includes Jill Smith (CEO), Jag Obhan (CFO), Jennifer Schillaci (CIO), Caroline Fong (Head of IR), and Brenda Ng (Assistant Head of IR).
And then on the opposite table there’s us, which includes Kyith (Investment Moat), Sim Tian Eng (STE’s Investing Journey), Risk n Returns, Tam Gien Wen (Pro Butterfly), Kenny Loh (Marubozu), Chris (Growing Tree of Prosperity), David Kuo (Motley Fool), Vincent Chen and his son (I think they are family funds of Chapman Holding).
I managed to take down some notes so let’s see what I have here.
Jill (CEO) kicked off by going through some full year performance numbers before she would open the doors for Q&A session.
She also updated that they usually do half-yearly valuation on their properties, which seem reasonable in case they needed to revalue or impair their properties during half yearly and full year results. For most other reits, the typical is minimally yearly valuation as it can be quite costly to request from an independent valuers. They would then adjust the fair valuation of the properties during the full year results.
Tax Ruling
There were not much tax discussion in the roundtable which I believe have been discussed extensively in the past.
For the sake of those who are not aware of this situation in the past few months, there were an initial scare with the debate on the definition of what qualifies as a hybrid entity under 267 of the Tax Section Act and whether that would qualify their special purpose vehicle who loans it to their US parent entity an exemption of the withholding tax under the rules act.
Sometime in late November, the Barbados Government has announced that they will converge their local and international tax rates, which means the local companies will now pay the same rates as the international companies. With this new proposed Barbados tax converge, Manulife is expected to incur an additional tax expense which will be immaterial to their bottomline.
The regulations under the Section 267A while still in proposed form, Jill (CEO) is confident it will not bring about material changes to the proposed current structure.
Leases
There were a couple of discussion surrounding the leases on the various properties.
Most of the US leases are typically long term, so a lot of those leases which are not yet due for renewal are typically under-rented by about 5-10% compared to the market. This aligns with what they put out in the slides which indicates there will be some organic growth when these renewals are due.
The exception is Michelson property, which the property is rather new (in my notes it says 9 years) and hence their leases are typically in line or slightly above the market rent.
The Hyundai renewal they put out in the slides is one of them, which they managed to renew it for a further 11 years. The rental revision on this one should be stagnant at best from what was implied.
Most of the leases expiry in the next 1 to 2 years will be coming from Michelson from what I gather during the discussion, so we can expect rental reversion % growth to go down year on year.
They also mentioned that how leases work over there may not necessarily linked to CPI like we did over here, so a lot has to depend on the scale of economies and how they are able to attract bigger MNCs tenant. For SME, the leases tend to be shorter and the risk of uncollectibles tend to be higher in nature.
The one good thing is occupancy leases over there tend to have no leases break in between. So if a tenant has signed for 10 years, then they would have to abide to the 10 years unless both parties agreed to surrender in value. This is rather similar to what happen in cases in HK.
For other countries like UK, perhaps due to nature of Brexit today, most of the commercial leases have built in option rights to terminate halfway through the lease.

There’s a strong sense smell of growth when we talked to the management.

I went in with a concern that usually for companies that tend to have X target AUM by Y date, they tend to be rather ruthless in expanding, some times at the expense of the unitholders.

My experience with Ascott Reit in the past tell me so (if you like to read you can refer to the old link here).

The management seems to give the impression that they will prioritize DPU accretive acquisitions whenever they have to do one, and in the US with a large scale of properties in various cities, it is not difficult to get an NPI yield or cap rates that are higher than what they have today in the portfolio.

If you see their current portfolio cap rates, apart from The Plaza which they bought in Jun 2018 and has an implied cap rates of 6.8%, the rest were all rather low.

The weighted average cap rates is somewhere around 5.1%. 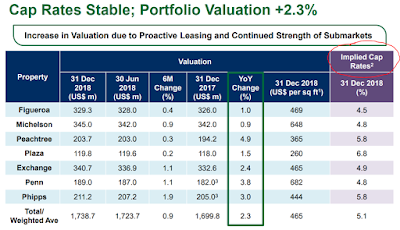 This means there’s an abundance of potential properties that they can acquire if the goal is simply to be yield accretive.
I asked if the likes of Dallas, Houston and Pittsburgh could be an easy target for them since their cap rates are the highest among the other states and they acknowledged that they are indeed a potential target.
The couple of States they say they are not looking is New York and LA because it is a lot more expensive and there’s no value to buy into the properties that is trading at such a high valuation. 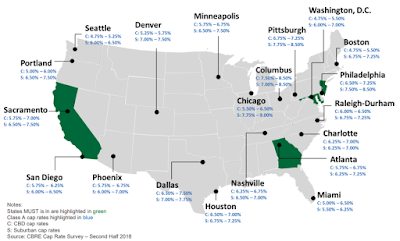 Jill and Jennifer also added that they look into the overall holistic nature of the property, which includes property occupancy, tenant profiles, location and most importantly has an attribute of “Live, Work and Play” environment.
This helps to ensure that they are not buying for the sake of just buying and I think most long term shareholders will be pleased to hear that.
Still, I remain my stance that the real judge will come when the environment is getting tougher and there are not much properties in the pipeline that they can acquire during the recession phase.
That will be a true testament to how strong the management really are and how they can differentiate themselves with the other overseas Reits listed here.
Funding Options
Jag (CFO) was there to explain some of the funding options available to them.
Given Manulife Reit has always paid out 100% of their distributional income since they IPO in 2016, any acquisitions will likely be funded via a private placement.
Their top 20% shareholders, which includes the likes of Eastspring and Thai Fund House (made up 6%), made up a total of 44%.
They explained this makes them easier to get funding through these institutional investors and are also faster to deal with than going through the rights issue option which is a lot slower and more expensive to process.
From what I implied, I think they are trying to avoid rights issue as much as they can and any acquisition will go through the private placement route, like what they did with their acquisitions of The Plaza for $115m, The Exchange for $315m and Penn & Phipps for $387m.
The quantum amount relative to their market cap is not too big, so I think if they are buying 1 or 2 properties they could fund it via a private placement method.
The private placement method is also good because it doesn’t has to always ask investors for more money in exchange for issuance of shares, as other Reits who have done so repeatedly here has a bad reputation with investors.
They also talked about tinkering with the idea of a Dividend Reinvestment Plan (DRIP) in order to conserve more cash to fund their future acquisition.
The management has also taken their property management fees in units so far so that’s another route they have taken to conserve cash.

That’s what I have in my notes so far.

The management is very hospitable and they all look sincere to want to make this work by engaging the minority shareholders and taking feedback which I think is a big plus to them.
They say they’ll try to make this as frequent as they can and that means maybe half yearly each time which I think is rather fair.
They are also very open to feedback or any clarifications which we have we could directly get it clarified with them.
They have also started a live webcast video which happen at the same time when they released their results which you can find in the below link here.
*Vested with 81,000 shares as of writing.
Thanks for reading.
If you like our articles, you may follow our Facebook Page here