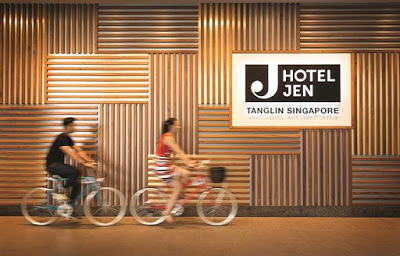 The long weekend is here and our family was raring for some great activities getaway together. Unfortunately, as our baby boy little Oliver was only 3 months old, we could not plan for a hectic overseas trip.
Staycation next came to mind, as we spent our time together at the newly refurbished 4 Star Hotel Jen at Tanglin. 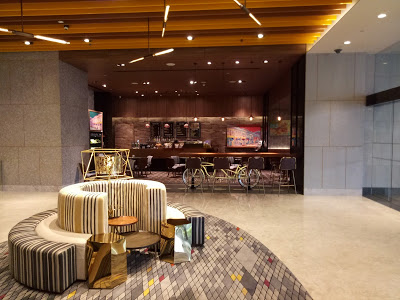 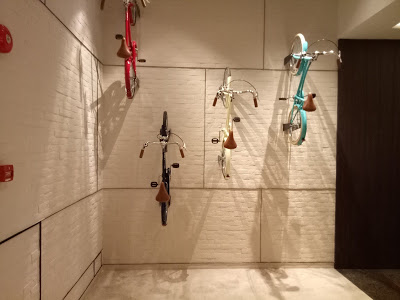 Hotel Jen Tanglin is conveniently located alongside Orchard Road, to be more precise Cuscaden Road which is right beside the Singapore Tourism Board (STB) and the Tanglin mall. It is also not too far away from where we live, so we could conveniently leave the house at 1pm and reach there within the next 10 minutes.
When we arrived, we were kindly greeted by Kristin who ushered and assisted us with the check in procedures, which was swift and simple. She also explained briefly the various facilities that the hotel provides while the staff was finalizing the key to our room.
Hotel Room

The hotel management was kind enough to upgrade both of our rooms to a Deluxe room. They were side by side as the connecting rooms were all fully occupied so I had to split the room with my wife to take care one kid each. 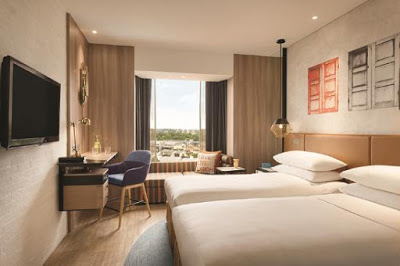 The room was pretty spacious which allows Oscar to roam around and explore every single details that the hotel provides, including some of the impressive night lights beside the bed that he claimed proudly.
The standard amenities were all checked.
The room has a mini fridge, steam ironing board, safety box, hairdryer, cable television and a free Wifi. What impressed me most was that the hotel provides a smartphone which users can use and bring around with free mobile data and a free unlimited international calls to various countries.
The toilet which we have has no bathtub but it was compensated by a solid shower water that runs from the top. I am usually quite particular on this because I like running water shower with a hard solidified intensity. Together with my elder son, we ended up taking more than a 30 minute shower. 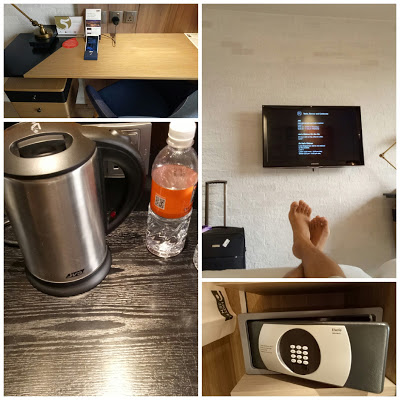 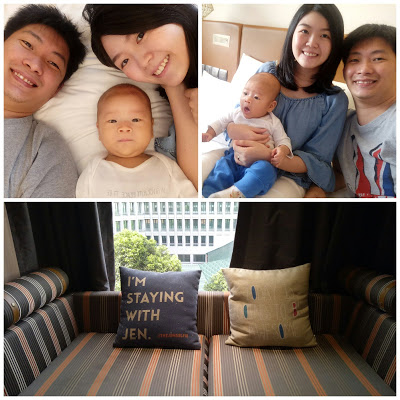 Facilities
The hotel provides a business center function rooms for corporate travelers who are coming over for meetings. We explored the area and think there was at least 5 different function rooms that could be used for such. It is becoming increasingly common these days for hotels to integrate facilities that are to be used for corporate travelers. 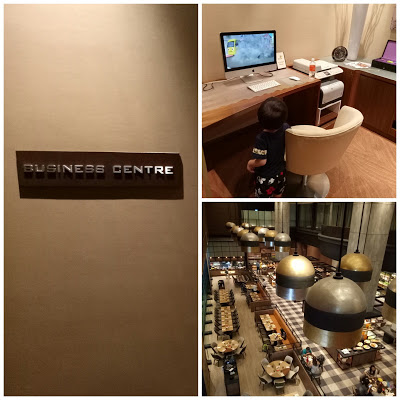 One of the things that our family are crazy of when we travel are always to check out the beaches and swimming pools.
So upon checking in, we wasted no time further and before we know we were off to the pool area which has a decent crowd when we started swimming at about 3pm.
We swam for about 2.5 hours and the crowd started coming in by about 5pm. 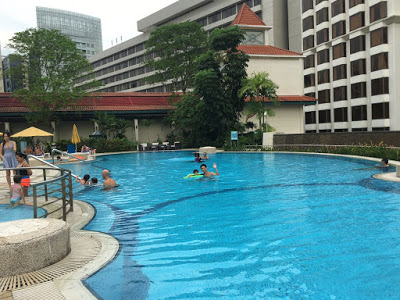 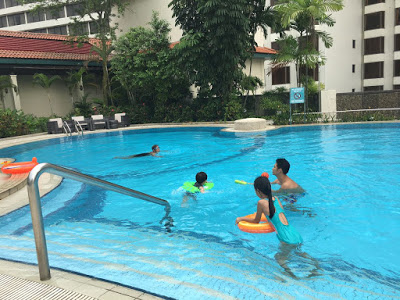 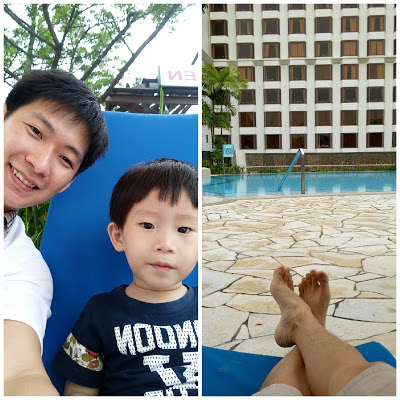 Nearby Attractions
The hotel has a connecting link to Tanglin mall from level 2 so we also explored the area as it’s been ages since I’ve been to the mall. We went to a few children shops like Chicco and Lego which Oscar has found his favorite sticker books for cars. 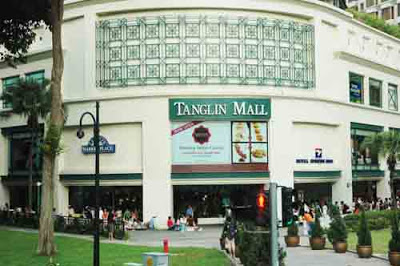 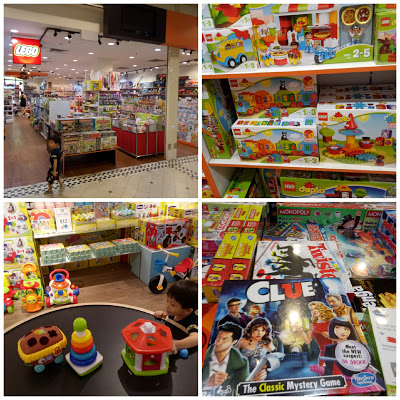 The hotel is also within close walking promixity to the famous Botanic Garden, which is honored as one of the UNESCO World Heritage site. 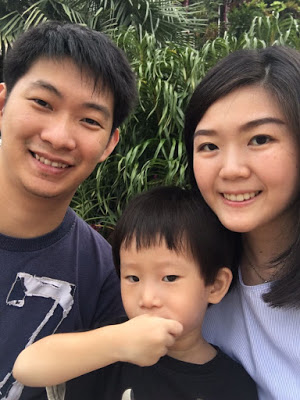 Dining
The hotel has several dining options in the premises itself.
Ah Hoi’s Kitchen for instance has an alfresco dining options with a Singapore flair and served several menus such as the famous Chilli Crab.
J65 provides a dining themed buffet option. At the time we were there, there was a Seafood theme with selection that includes the Boston Lobster, Alaskan Crab and some others. They have different themes at different days at night and are priced at SGD 65++.
We had breakfast at the same premise which serves a delightful international buffet that makes us go for more than we usually eat for breakfast.
The spread was one of the better ones for an international buffet and I say this because we’ve traveled to a lot of countries and stayed at various hotels and this definitely doesn’t lose to the ones we’ve had at City of Dreams at Manilla and the Legoland hotel at JB. 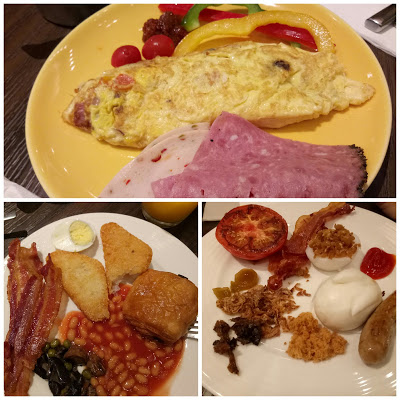 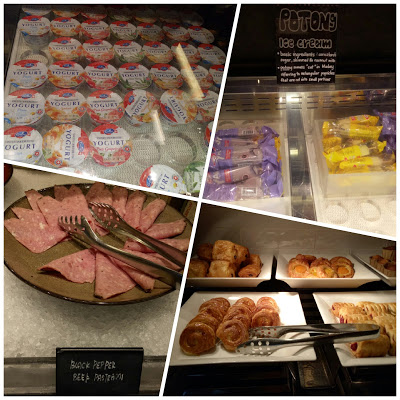 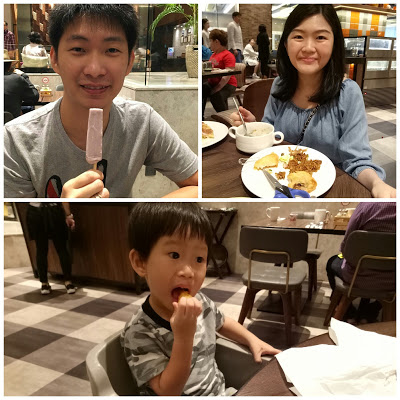 To commemorate the upcoming Mother’s day on the 14th May, the hotel is offering an upcoming promotion for a family getaway, which includes a 50% discount on a second room booked during the abovementioned period.

Each room per night is priced at an approximately SGD260/night before the discount rate is applied.

If you’d like to book a relaxing weekend staycation for your family, you may want to consider Hotel Jen Tanglin. 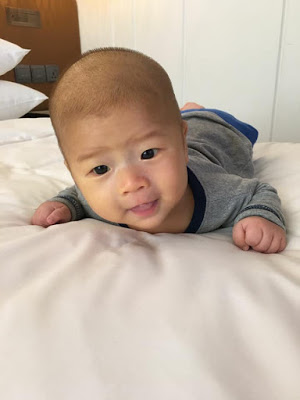 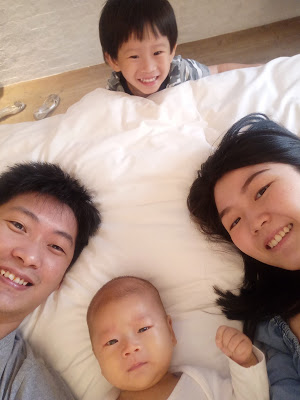 Thanks to Hotel Jen Tanglin for for hosting us. All opinions stated above are based on our own independent review.