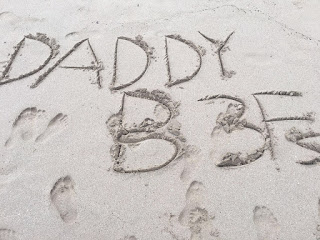 This is an important milestone for me to journal so I could look back in the few years to come to see where I am today. It’s importance means so much to me that I think it deserves an article of its own.
The last time I hit my first milestone of $250k (Link Here) was back in April 2014, where coincidentally I had my first son born on the exact same day. So many things have happened since then with my first parenting experience, the graduation of my MBA, the promotion of a new career role, and the recent birth of my second son. During the period, we also traveled to various other countries as a family and visited places like Hua Hin, Hongkong and Krabi.
That’s life for the past 3 years for me.
I’ve experienced happiness and accumulated experience.
How It All Started
I’ve actually started off quite wasteful when I was young.
After graduation, I maintained my interests in chasing the latest fashion and gadgets and did not quite know what to do with the income I earned from my job.
I signed up for an ILP product from Manulife and bought a WL policy which I have since terminated both, with the latter very recently.
One day, I decided that things would have to change and so I decided to go into investing after reading a couple of blogs from bloggers which still existed today.
I had a huge project when I started investing some 7 years ago at this point.
The goal was to eventually reached a stage of financial independence, where in my definition that means a passive income of 1.5x of the expenses incurred. There are people with their various own definition of what financial independence stage means so they differ one to another.
1st Milestone – $250k
If I were to attribute a theme for the first stage of the milestone, it would be Growth.
At the back end of my head, I knew that I had to focus on something which could propels me to a head start in having a larger base. I decided that having a successful career growth in the first few years of my life was going to be extremely important and so I worked hard towards it. I went for it a lot more aggressive than I would for my investment which was considered minuscule back then.
It also helps that I took advantage a lot during the 2011 Euro Crisis situation by putting most of my money in and it gave me a huge return when the market rebounded back.
Soon, I realized that investing wasn’t easy and I continued to learn from the mistakes and apply the context in future. Thankfully, there wasn’t any fatal mistakes which dragged down my capital base.
2nd Milestone – $500k
The theme for the second stage of the milestone has to be Accumulation.
It took me 3 years to get from the first to the second milestone.
Both my career and investment seeds which I have planted in the earlier years have reaped fruits and are paying a nice dividend. I played my trump card fairly decent and it has given me a huge advantage in this continuous journey I will have.
The market has not seen a huge dip since we last seen in 2008 and 2011 and I cannot say that I’ve done well without being mentally tested in the bear scenarios.
I think I had somewhat positioned for luck pretty well in the past few years and I have some huge gains which I have realized in the market which helps the portfolio to continue growing.
Over the last year, I have also cautioned and prepared myself for the upcoming huge expenses I have had to incur for the family. I think the calculation went pretty accurate and it helps that I don’t get surprises along the way.
$500K – Investment Breakdown
There were some readers who asked me of the breakdown in detail so I tried to see how I can do that.
Out of the $500k in the portfolio, the capital cost came up to $312k while capital gains and dividends totaled up to $188k.
It is important to me that I do not make huge losses in the market because that capital base of $312k could swing the other way if I were wrong in the market. For instance, if my returns were negative 5% over the past 7 years, it would erode my portfolio to $296k instead. That would have been hugely detrimental.
I don’t track my performance closely like a hawk but I do monitor them from time to time.
For me, as long as the value of the portfolio keeps growing, it feels like I’m doing something decent and right. I understand that advantage of tracking one performance to a benchmark but at least to me investing does seem like a hobby right now, more than just a “job” to make more money. Maybe it will change someday.

What’s Next? – 3rd Milestone
I’m going to take baby steps at a time and not rushing in to hit my goal.
The next milestone stop for me would be to reach the goal of $750k and if history in the market could help, I am targeting to achieve them in the next 3 to 4 years hopefully. With the higher expenses, I might suspect the higher range of the 4 years but it doesn’t matter too much to me at this point.
I think I’ve grown way more than simply hitting some financial goals that I have.
Equally important to me would be to accumulate more life experience and I am actually more excited to see my 2 boys finally going to grow up in the next 3 to 4 years, which would allow the entire family to try something really out of this world. I think that’s what we are going to go out for and that’s why we are going for financial independence.
I do hope in the next 4 years I could be on the way writing my 3rd milestone experience and looking back at the past 4 years of life experience where it could be another massive journey.
Thanks for reading.