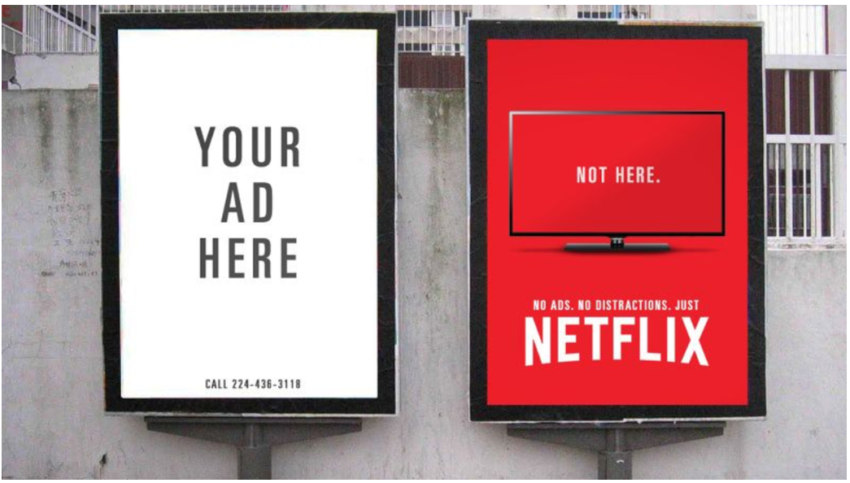 What is the lesser of the two evils – posting a slower growth or losing lesser subscribers?

Apparently, the market thinks the latter is better as post-market share price jumps after Netflix announces that it has lost lesser subscribers than what it had originally anticipated.

The company went on to quickly add that it will be restoring approximately ~1m paid net subscribers in Q3, which would take both quarters on break-even.

If we break this number down regionally, you can see that most of the loss in net paid subscribers come from the United States / Canada region. In this region alone, they have lost 640k in Q1 and 1.3m in Q2. This region faces the highest competition as consumers have a wide array of streaming choices from Disney+, Prime Video, Hulu, Discovery and many more.

In the EMEA (Europe, Middle East and Africa) region, the lost in paid net subscribers have also accelerated from 300k in Q1 to 770k in Q2. It would be interesting to see how they will be salvaging this region given they just had one of the best paid net subscribers record back in Q4 last year.

APAC region continues to be the outperformer and saving grace as it recorded a stable 1m+ paid net subscribers both in Q1 and Q2.

I’ve been a binge watcher of Netflix myself for the past couple of years and in the last quarter, they do have some really good movie series that I wanted to highlight – Hustle (2022), Money Heist Korea (2022), Major (2022).

Paid advertising is the answer.

Like the plan which the company has communicated a couple of quarters back. Netflix is in the process of offering up a new subscriber option that will be supported by commercial ads. Just last week, Netflix signed up a partnership agreement with Microsoft to be its exclusive advertising technology partner for its ad-supported service that is scheduled to be launched in early 2023.

“Microsoft is investing heavily to expand their multi-billion advertising business into premium television video, and we are thrilled to be working with such a strong global partner. We’re excited by the opportunity given the combination of our very engaged audience and high quality content, which we think will attract premium CPMs from brand advertisers.”

The target goal plan here is easy – with commercial advertising, Netflix is likely to charge lower subscriber fees given that they can now cover part of their margins from advertising revenue. So this will likely attract new customers in the bottom segments who are only willing to fork out a smaller amount of money.

Netflix also mentions that it is looking to monetize the 100m+ households that are currently enjoying, but not directly paying for Netflix (this will be indirectly me as I am sharing accounts with someone else). The roll-out is expected to be in 2023 and Latin America will be its first guinea pig, so I will be safe for now.

The good thing about Netflix is that they are now self-funded from their FCF generating capability.

In the full year of FY22/23, they are expecting FCF to be approximately $1b and are also expecting positive FCF for the foreseeable years due to their strong user base, stable revenue and the successful multi-year evolution of the content model.

“We’re now through the most cash-intensive part of that transition.”

Netflix’s cash content spend-to-content amortization expense ratio peaked at 1.6x (along with peak negative FCF of -$3.3B in 2019) and is expected to be about 1.2-1.3x in 2022 and to decline going forward, based on the current plans, which assume no material expansion into new content categories in 2023.

For as long as they can keep this ratio below 1.2x, they should be in a good position in terms of their FCF.

I am falling short of doing the DCF valuation for Netflix because they have just turned FCF positive not long ago, so it wouldn’t make sense or look attractive yet from that view.

If the company can resume its net subscriber growth again from next quarter and prove that the last two quarters was just a blip in transition – then they can quickly also grow the topline (with advertising in the mix) and eventually operating margin – in this case they will then look cheap at this value.

With streaming still in the hot mix of competitors especially in the US, I do think there are risks to look out for.