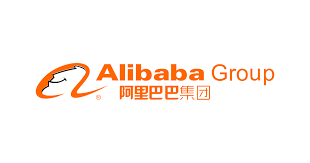 It’s been a while since I last wrote an article on Alibaba even though it remained one of my highest conviction positions to date with it alone taking up 27% of my entire portfolio.

Alibaba Group Holding Ltd (NYSE: Baba) reported Q4 and full year earnings recently which closed off what for them as one of the most challenging years since they have gone public with the likes of regulatory restriction and changes, scandal issues, Covid lockdown, growing competitors, slowing Chinese economy and other factors.

Based on a glance of their financial results for the full year, you can see how the company struggles throughout the period with increasing cost of operations which dampen operating and net margin – despite an increasing topline revenue.

Having said that, I don’t think everything is gloom and doom about the company – especially when everyone thinks otherwise.

Let’s first take a look at how they are doing in terms of top of the funnel new customer acquisitions and active customers.

It’s been a long objective and wish list of the company to achieve a 1 billion active customers since it has gone public 5 years ago. This has been one of their major objectives they have been highlighting for a few years now.

So, when the full year results came in, I am pleased to see that they have now reached over 1 billion annual active customers in China and over 300m in international market. This represents a solid 113m and 25m net adds YoY and QoQ respectively while the international segment grows by 64m and 4m respectively.

Overall, the Group has now over 1.3b AACs in both markets to date.

To provide more colors, CEO Daniel Zhang also mentioned that 124m of those customers spend an equivalent of Rmb 10,000 annually on Taobao and Tmall.

However, if we take a look at the proportion of the GMV and revenue increase over the years, it has not grown in tandem, and this concerns investors who may think that the growth days are over.

One of the reasons this can be attributed is the focus towards first hitting the 1 billion AACs objective but now management will shift its focus towards retention and ARPU growth. What this means is that once they get 1.3b of their customers active in their ecosystem, management will try to get them to spend more within the ecosystem which will give rise to higher average revenue per user (ARPU) and eventually a higher ROCE.

Cost of operations from acquiring new customers (CPA) metrics will likely also improve now that the focus is towards retention and spent so the company may not spend as much in the likes of direct organic advertising.

This is a 3 month comparison broken down in detail amongst the different division.

You can see that almost every segments grow just marginally due to the challenging environment so I would consider them a relative win in today’s environment where many companies are revising their guidance downwards.

Freshippo and Tmall Supermarket are still growers in their segment which is why the direct sales in commerce retail are still growing nicely.

Both Cainiao and Cloud segments are still showing growth in their respective divisions, but it has slowed down compared to previously.

Cloud in particular – CEO Daniel Zhang mentioned that while China’s internet industry shows a deceleration in cloud service demand given the early high growth penetration during the pandemic, the entire digitalization of the other industries outside tech is still seeing plenty of opportunities. Management remains confident that China will still achieve its Rmb 1 Trillion market size by 2025 and cloud players in China will still have longer runway of growth to come.

G&A normalisation run-rate is the more accurate in Q4 FY22 as the previous period includes the fines of Rmb 18b which they recorded it in FY21. Excluding the one-off, G&A spend is approximately in line.

Net cash flow from operations is at Rmb 142.8 b while Free Cash Flow for the year is at Rmb 98.9b. Operating capex spending makes up the difference at Rmb 42b which is spend towards investment in cloud and logistic fulfilment infrastructure.

Among this free cash flow of Rmb 98.9b, there is also an outflow of Rmb 15b, most of which are towards the final payment installment of the previous fines from the anti-monopoly saga. Without this one off, we should be seeing a normalisation FCF of around Rmb 113b or about USD 16.7b.

This represents approximately 8.4% of its free cash flow yield on its enterprise value (market cap $255b less $54b net cash). This is a value investor’s heaven territory.

Not to mention that the company did a lot of share buyback by spending around $25b in buyback this fiscal year so FCF would have looked more attractive otherwise. You can work out the maths yourself.

Diluted shares outstanding as of end of fiscal year has decreased from previous period due to aggressive buyback.

In a normalized healthy and growing circumstances, I would usually ascribe a 20%-25% growth rate and we would get an intrinsic value of HKD 222.4 or USD 225.5 per ADS. This is prescribed at a discount rate of 12% and multiple of 20x.

But I don’t think we are going to get that in the near term, unfortunately.

Like the recent article we did for JD, I think it is more prudent to see a slight growth above the national growth rate (which China is aiming to target at 5-6%). When new segment opens up or there are structural changes in middle income spending, then we can revisit it again.

The China government here is a big critical factor on how they want to push their big boys out, but at 8.4% FCF yield, you can be sure Alibaba is ready to take the grip when China is ready to roll out.

Tiger Broker has a robust community which you can interact with fellow investors and get further insights on the companies you follow.

For instance, one of the articles I posted on the Chinese education stocks garnered over 130,000 views and over hundreds of interactions among fellow users.

It also has one of the most competitive commission and rate charges for US and HK stocks. In fact, if you sign up today, you get an entitlement of zero commissions for US stock for the first 180 days.

With commission-free trades, Singapore-based users can better capitalise on small price movements in the market and unlock cost savings with more efficient trading using Tiger Broker’s trading platform. Investors new to trading can also benefit from access to US market at a lower cost.

Do kindly note though that there are still the platform fee and settlement fee which will be incurred but these are now capped at 0.5% and 7% of the trade value per order.

On top of that, you will also get free share and cash voucher entitlement as a new user – including a chance to win shares such as Tesla or Apple when you deposit a minimum of SGD 2000 into the account.

If you’d like to try Tiger Brokers and never had a chance to try, do consider their welcome bundle promotion here.

We are not totally out of the woods yet from a technical perspective but we’ve seen very positive momentum on China after Vice Premier promised to boost China’s digital economy once again.

The stock may have been on a downtrend for the past 1.5 years and even though they are already up around 60-70% from its low, they are still a long way to go to their all time high and that presents opportunity for investors to continue to accumulate.

The stock market is a voting machine in the short term. We will continue to assess the substance of the company as we progress along.

Disclaimer: This article is written in collaboration with Tiger Broker Singapore. All views expressed in the article are independent opinions of mine. This article is intended for information purpose only and should not be construed as financial advice. This article has not been reviewed by the Monetary Authority of Singapore.