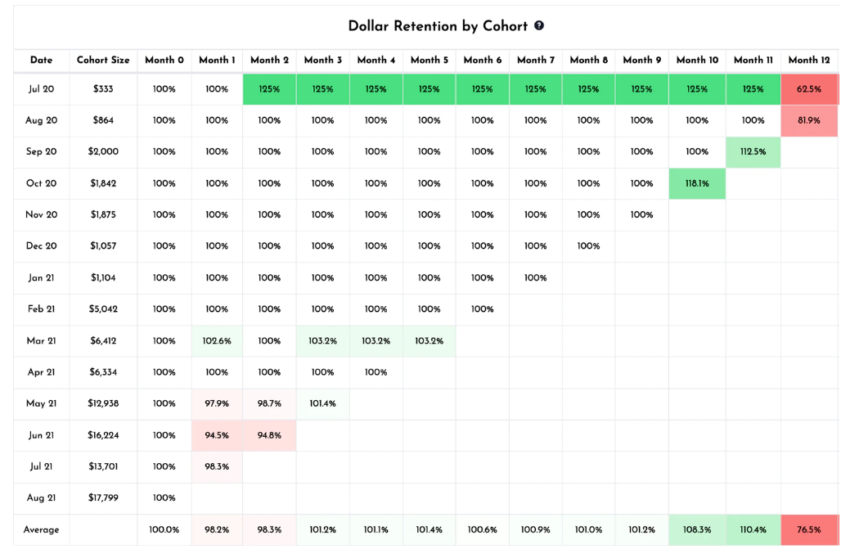 Software as a service (SaaS) companies are among one of the fastest growing segments in the world in the past two years due to the rapid adoption since the pandemic.

Based on a subscription model and being centrally located on a remote cloud network, it is becoming the go to platforms for many organizations due to its needs, affordability and flexibility.

In 2020, SaaS businesses grew on average by a massive 78% due to changing world order because of the pandemic, which forces people to isolate and companies to re-shift their models centrally.

SaaS is not alone – as the first cloud service to take the lead among other cloud services, the rest have also grown into significance and will continue to play an important role in our ecosystem in the next decade.

But like all industries, SaaS companies are not immune to economic slowdown and failures.

A competitive advantage that SaaS companies might have can quickly erode out with the advent of new technology and disruptions from competitors. This is especially true for VC equity-backed companies which have been operating at a loss supporting unsustainable high growth rate to justify their valuations to the seeders.

In this article, we’ll explore what are some of the most important key metrics to being a successful SaaS company.

The heart of SaaS companies’ business model is associated with regular, ongoing payments over a defined time period – which brings in predictability of revenue stream as end users pay either on a monthly or annual basis.

A common pre-series A funding pre-requisite is to hit between $500k to $1m in ARR as early as possible, and a minimum of 2-3x growth (4x usually to stand out) in revenue based on previous year benchmark. This is the reason why clinching the first big project is usually key to getting those big numbers off to a good start.

ARR or MRR can also be broken down into several components – just like how I have explained it in my previous article on MAU and/or DAU and how this plays a critical part in evaluating the key stages that the company is at or struggling at.

Take for instance, both company A and B exhibit great operating MRR metrics over the past 1 year by growing approximately 15-20x in their revenue growth.

However, a deeper look shows that company A seems to have greater retention rate than company B as company A manages to consistently retain their customer at sub 90% rate which seems to indicate that the product is more sticky and their end-users are more loyal to the product.

For company B, while it has done a great job at adding new customers, it also has a higher churn rate, which seems to indicate that their product moat may not be strong or sticky enough for their end-users to hang around for longer period of time. If they do not resolve this issue quickly, they can quickly lose most of their customers to competitors.

To put things into real life perspective, this is the sort of ARR growth a company like Crowdstrike (Nasdaq: CRWD) has done since the first quarter of 2018. You can see that the company has consistently grown their net paid subscription for new users while maintaining the high retention rate among existing cohorts.

Retention can be analysed by grouping customers into end-user cohorts and this is also something which I get to learn from my boss when I was doing my financial modelling exercise for the company I am working at.

This exercise is critical as you will see from the illustrations from company B above, a high churn rate in a SaaS business seems to indicate that either the product is losing moat to competitors, price is not competitive or both may apply.

Most companies present this metric in their slides as a dollar retention rate based model where anything above 100% suggests higher expansion than churned (expansion > churned) and vice versa applies. Solid SaaS companies tend to have a dollar retention rates of between 120% to 130% on a consistent basis, which indicates that the company continues to grow yet being able to retain at the same time.

Just look at how strong companies like Crowdstrike and Twilio are doing in this aspect.

The Rule of 40 is a recently popularized way of evaluating SaaS companies that are early in their stage and are still making losses.

The objective of this rule is that the company’s growth rate + operating profit margin should add up minimally to 40%.

The goal of this is to ensure a company has to balance between growth and sustainable operating margins over time. Sure, there are many companies that would say upright that they are not bothered about profitability in their early stage, but they still have to account for the right amount of resources to channel their money into (for instance, marketing, sales, R&D have to yield into topline growth at the end of the day or we can just heckcare and pay ourselves full glory paycheck month to month).

Using Crowdstrike again as an example, it has hit that magic number rule of 40.

The recent success of many VC funded SaaS companies is one of the reasons why there has been many entrepreneurs who are looking to get a pie into these businesses.

With capital liquidity drying up due to global uncertainty over the next one to two years, a company should take prudence in managing their costs yet at the same time still acquiring new customers and growing their topline – focusing on the key metrics that really matters.