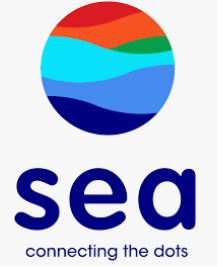 If any, I think there was a little disappointment as metrics surrounding its Digital Entertainment continued to fall this quarter and the uncertainty surrounding the growing cash cow of Garena will continue to dominate for quarters to come.

If you have not read my previous article on SEA Ltd, you may first read them here.

I started buying when the share price hits $100, and continue to average down in the past couple of weeks. My average price is at around $86.

Results for Q1 FY22 looks good overall on paper as revenue continues to grow in solid double digit year on year when compared to Q1 of the previous year.

Some of the highlights you can view in summary are:

When comparing Quarter on Quarter however, it is not as impressive although some like e-commerce could be due to seasonality. Also keep in mind that we do have a more challenging macro economic condition such as rising interest rate, tightening of the monetary policy as well as the war surrounding Ukraine and Russia.

Shopee also exited France and India in the most latest foray.

Share based compensation continued to increase like many other loss making companies in this sector of growth to retain talents.

There are good reasons to believe in the company for longer term and while the company continues to see strong operating leverage in Shopee and Sea Money, they have not yet addressed the long term concerns surrounding Garena just yet.

I’d like to potentially see this segment continue to be stable and have their active users growing while ecommerce negating their losses slowly in markets where they have been for a while.

I continue to ascribe a reasonable multiple for divisions which have yet to make bottomline profit by valuing their e-commerce at 3x sales multiple and 5x for their higher growing Sea Money division. For Digital Entertainment, since it is profitable but growth is slowing down, I have decided to continue valuing it at 8x EBITDA multiple.

Because of this reason, I am slightly revising my valuation for the company slightly downward from the previous article, where I revised the cash and digital entertainment downward a little. Still, at its current share price of $75, it remains rather reasonably cheap overall from their valuation and this represents a 54% discounts and a bet I am willing to continue to make and monitor for now.