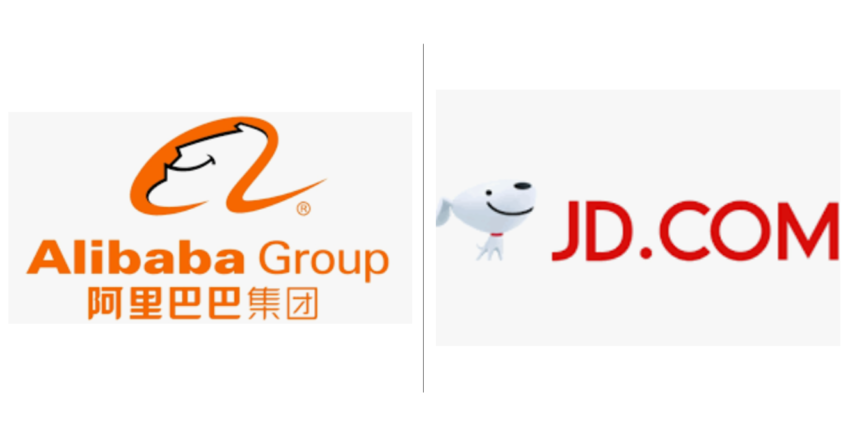 Both Baba and JD posted Q3 earnings after market hours so I thought I shed some thoughts on both the results quickly since it’s still fresh in my head.

As I am heavily vested in both of them, I had a vested interest in following both of their earnings announcement and also listened to both the conference calls.

Let’s take a look at the comparison across their key unit economics that matters.

Baba’s global annual active customers reached 1.24 billion in this quarter, out of which 953m is Chinese consumers in China and 285m is overseas consumers.

JD, on the other hand, grow it’s annual active customers to 552 million, which is up 25% year on year.

Both are market leaders in the same competitive space in China and a few other sectors like logistics so it is inevitably that they will grow increasingly in tandem.

In fact, it is much more likely that they may even have overlap customer accounts (just like how I am a Lazada but also a Shopee user myself in Asia).

Baba’s revenue in the third quarter was at RMB 200.7b, which was up 29% year on year. This includes the impact of the recent merger of Gaoxin retail. Without the acquisition, organic increase is at RMB 180.4b, still up by a lower 16% year on year.

CMR’s growth is visibly slowing down, and while management cited the slower growth due to China’s economic slowdown, it was quite evident that the competitors are slowly eating their market share into this piece of the pie.

Because of this, management is adamant that they need to grow their other key pillars such as cloud computing, Taobao deals, Ele.me and international segments such as Lazada and Trendyol.

The investment has seen a good pick up in recent quarters as they once again outperform by having a good performance for Lazada and Trendyol at 80% increase year on year while cloud computing increases by 34%. The slowdown in cloud computing is likely due to a few sectors disruptions such as the educational regulatory impact which hits many educational companies badly.

JD’s revenue on the other hand was at RMB 218.7b, which is up 25% year on year. The market reacted well to this news as it continues to execute well in this aspect despite the slowdown in macroeconomic factors.

It’s cost of sales however do increase by a similar margin than its revenue growth, so we are still seeing the company growing their topline aggressively.

This gives a stark contrast to what Baba is doing where their cost of sales are only increasing by a single digit, where spending is mostly concentrated on their key strategic pillars mentioned above.

Baba’s net profit was at RMB 3.37b and this quarter bottomline was visibly impacted due to the spending for these strategic key pillars that they were trying to build.

Non-accounting net profit EPS was at RMB 11.20, which was down by 39% year on year and came in much lower than the expected analysts’ expectations.

From a valuation standpoint, this is likely an increase in the Price to earnings key unit economics so we’re going to see it start going up as a result of the lower earnings.

JD’s net loss was at RMB 2.8b, which came in lower than analysts’ expectations.

In the third quarter, diluted net profit EPS was at RMB 3.16, which was higher than the analysts’ expectations of RMB 1.99.

This came in as a result of better than expected operating margin and also an increase in their topline.

Still, JD has historically very low thin margin to begin with and management has guided for operating margin to improve over time so we’ll see if they are able to maintain a good side of this to build up on top of this quarter.

After reading both the results and listening to the conference calls, it is very clear that JD is in a much better position than Baba in the short term as competitions heat up (there’s still PDD and other smaller players in the mix).

JD seems to be executing much better visibly from the past couple of quarters while Baba has been slowing down quite a bit in their execution front, and I am not sure if the regulatory regarding removing of the garden wall may have impacted their ability to retain merchant’s and user’s loyalty.

From an overall ecosystem point of view, Baba is definitely a more complete platform as they are also trying to leverage and build other segments which they think have high growth trajectory in years to come. Unfortunately, this comes at under a small base number today so we cannot see the impact from the overall picture.

A slowdown in their core segment, CMR – does impact the overall picture for the company no matter how their other segments are growing at the moment, and in the short term, the analysts will likely lower their financial model down to reflect the lower growth.

Management has guided FY22 revenue to be at around 22-25%, which means to say we are likely to see 2H topline growing even slower at about 14-19%. Unless they can turnaround and provide a surprise to the guidance in the next quarter, Baba is likely going just range bound for now, while we may see JD gain a pick up element and a re-rating as a result of today’s after call earnings.