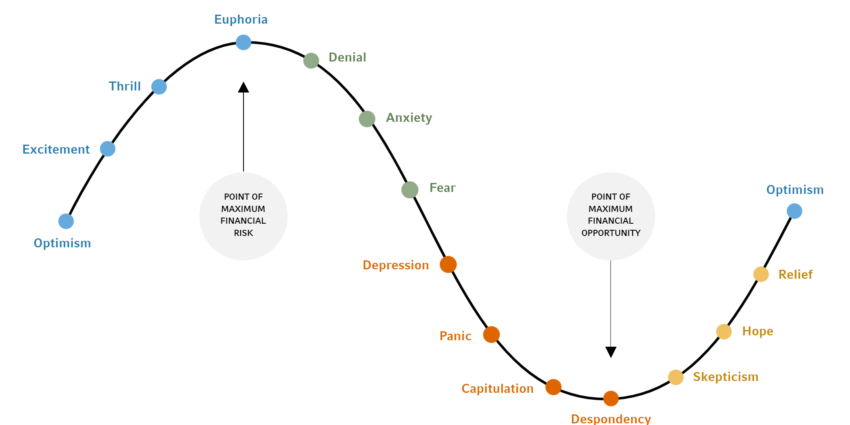 We’ve had the Chinese tech markets tanking for the past couple months but we’ve never hit the first real wave of panic and capitulation like what the market was experiencing today.

The HSI Tech dropped a massive ~7% as the relentless ongoing threat of restrictions and political risk continues to persist. This has dragged the other Chinese markets that are non-tech related to be in the red as well.

This is very sobering especially for new investors who hasn’t experienced a bear market previously in their years of investing.

Endurance is a true story of Sir Ernest Shackleton, who sailed for Antarctica back in 1915 on a mission to become the first person to cross the unexplored continent. However, his journey was filled with adventure and hardships and for 10 over months, he and the rest of his crew endured hardship in order to stay alive and return home.

In the stock market, the point of maximum financial opportunity is when the market capitulates and people around you are so fearful that even as logically they knew they should be adding stocks to their portfolio, they don’t because they expect the next day will be worse than today.

Capitulation convinces investors to sell even when prices are low, as with the likes of Jim Cramer and Cathie Wood who advocates people in their media channel to start rotating out of Chinese tech companies. Most inexperienced investors would then follow their heed and vowed never to touch the stock market ever again.

Bear markets can last for months or even years and this Chinese tech saga has been ongoing pretty much since the start of this year so that is about 7 months and running today.

Every scenarios will be different on its own but as a serious investors who are looking to invest in the market for the next 30-40 years of our lifetime, we are abound to meet something like this.

Taking just a couple of steps back to the incident three years ago when China-US were having a hard cold trade war, the Chinese markets tanked by as much as 25% in a single year alone.

Companies such as Tencent, were down by as much as 47% during that year alone and media channels were touting the end of the Chinese dominance.

As history has once again proven, investors who went in were rewarded with a spectacular returns once the market rebounded back.

Unfortunately, the education sectors are likely to be materially and adversely impacted so that’s just part of the unsystematic risks that we cannot control. If you are someone who has invested in the sectors, then that becomes part of your overall portfolio losses and it should not dent if you have exercised proper diligence on asset allocation.

Endurance and patience are key in a long drawn bear market battle.

If you are someone who has all along practiced margin of safety and proper allocation of your assets, there is nothing to fear as this is another episode where you can do proper balancing between cash and equities. Just allocate the right amount of proportion in stages and follow your plan.

If you are someone who unfortunately has invested most of your cash into the market and have little to no cash to add on to your position, then there is no further reason to fear the market as everything is out of your control. Do yourself a favor and forget the market for a while and come back when you are ready again emotionally to face the situation.

At some point, the CCP will be done auditing and restricting the compliance of each sectors and companies and move on to other things, and the media will too. There are many more things that the world will be focusing than simply bet on this every single day.