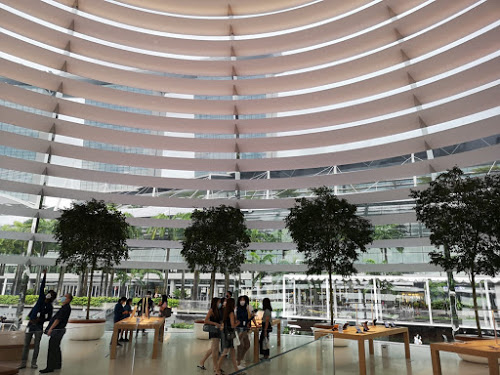 Apple Inc. became the first U.S company to hit a milestone of market value above the $2 Trillion on the 20th Aug 2020.

In today’s article, I wanted to talk about the 3 little encounters I have with Apple this week.

1.) I Became A Shareholder of Apple

This is nothing out of ordinary since half of the world’s investors are probably vested in Apple one way or another.

Since we have what I think is a retracement rather than a reversal in Apple’s share price at the moment, I decided to purchase a small tiny bit of Apple shares to become a shareholder this week. I am pretty confident that once the retracement is over, the shares will continue to hit all time high once again, which probably is going to give quite a decent gain over time.

Apple has a few catalysts in the next few months with the release of the new Iphone 12 sometime in Nov later this year, and based on what is projected so far, it looks like it will be a big hit again.

In the recent annual developer conference held in Jun, Apple also shared that they are likely to transition from Intel processors which they have been using the past 15 years to its own chips for the next batch of Macbook Pro sometime in Q4 2020. GP Margins and flexibility are likely to increase as they are able to control their own cost production of its own chips and delivery schedule but it remains to be seen if they are into these highly competitive space.

2.) I Visited The Iconic Floating Apple Store Opened This Week

The iconic floating Apple store at Marina Bay Sands opened this week hits most of the headline as it became one of the most anticipated opening since it opened its store in Jewel last year.

There was no walking-in allowed in order to maintain crowd control.

It was only strictly by appointment only which you have to register online which is based on a first come first serve basis. Appointment slots tend to be filled up pretty quickly.

I was served by an Apple store salesperson called Nick.

In the past, I didn’t realise what’s all the fuss about when it comes to Apple salesperson waiting in front of the store waiting to serve each and every customer they bring in. After experiencing myself, I finally understood why.

Apple is not just selling a product.

I don’t think their product value proposition offers the best out there in terms of both quality and price but today we are staring at one of the world’s most prominent brand in the history of mankind with the highest market cap.

Apple is essentially a CULT!

That devotion when someone feels when owning an Apple product or when the salesperson starts to speak and explain all the single details about the Oculus on the ceiling or the fact that they make exactly 114 glasses on the iconic wall that represent something I could not be bothered myself.

Their goal is to turn you into a convert if you have not been one, and you’d be sucked into this group of cult really proud of the products you are using.

In the finance unit economics terms that analyst usually use, we called this the “Lifetime Value” of the customer. It is one of the most commonly used valuation to value an E-commerce, Tech and SaaS company.

For an e-commerce company, the Lifetime Value (LTV) is usually highly dependent on the promo codes the company is offering. For companies like Apple, once they turn its customers into a convert, the customer will likely to return to purchase other products such as Ipad, Iwatch and other subscription that the Apple stores are offering. The LTV for a company like Apple is likely to be sky rocket high. 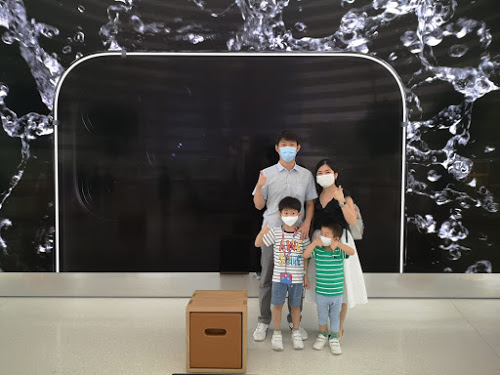 I was an Android user for the past 4 years but before that I was an IPhone user for about 2 years.

I used to own a Macbook Pro long way back when I was studying in my Uni but that was about all the Apple products I’ve ever owned.

Since my current Android phone has been with me for over 2 years and is quickly spoiling due to heavy usage both for work and entertainment, I have been looking for a new phone out in the market lately but couldn’t decide what I should get.

I don’t have much preference over any brands in particular, but in terms of specs I would like to have a decent battery power, a nice camera megapixel and a good storage (minimally 128 GB) – that’s pretty much it.

So after an introduction from Nick and what I see in the specs for an IPhone 11, I decided to purchase one right at the store.

Frankly, I was probably buying more for the experience rather than value.

I wanted to experience what was it like buying an Apple product right at an Apple store versus through a second hand shop or Carousel.

So that was it.

I finally became a shareholder this week and now a proud owner of my new IPhone 11.

I don’t think I’ll ever be a convert dedicated to one brand in my lifetime but we’ll see how these things will influence me.

In any case, I’d like to think that my new IPhone 11 will probably last me more or less 2 years, and in that timeframe, my Apple share is likely to appreciate more than what I have paid for the phone.

So Thank You Apple.