Many people advocate the journey as a process of learning while others remain skeptical and put their focus on the big price at the end. Which one matters? Here are two real life examples I encountered this month.

A friend of mine visited Singapore for a 3 day visit to the casino. He went to the casino with a capital of $3,000. He win some and lose some. 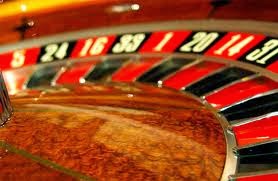 On the first day, he wins an overall sum of $3,000+. That gives him a return of 100% for the very first day he visited the casino. Maybe the casino was giving him some beginner luck.
On the second day, he started off with $6,000 including his win from the day before. He continues his magical run and wins an overall $2,000 this time round. Now, he has over $8,000 in his pocket.
On the third and final day, his momentum started to fade off and began losing games after games. He loses a total sum of $4,800. He was now left with $3,200 and he decided to call it a day.
He makes his assessment at the end of the whole trip and concluded that it’s not a bad deal afterall coming back with an overall $200 win.
How many times have we been in this situation? Thinking that it’s ok to lose the few extra money earned as long as we do not damage or affect our capital? How many realise that the $5,000 “profits” he won was actually his own money and the reward from the risk that he is taking?

These are all Realized Profits that he could walk away with.
Second scenario
A friend of mine bought into a counter called UMS sometime a year ago at a price of $0.40. 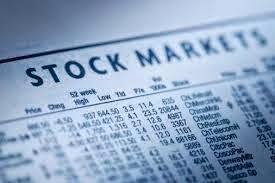 He collected a few rounds of dividends over the year and saw its price rise to a 52-week high of $0.77. Including the dividends, my friend would have probably made an unrealized profits of 100%.
Recent news on UMS began to dominate and the selling were massive for the past few weeks, sending a plunge of over 40% to its recent low of $0.56.
I asked my friend about it and his response was that as long as the price does not plunge below $0.40 (which was the price he bought), he was essentially still making a decent profits from the counter and will continue to hold.
Now if he holds the counter on the basis that the fundamentals of the stock doesn’t change, then its a fine deal. My question is many investors weigh their selling decision based on the purchase price they bought. But is this the right way to look at it?
Unlike the first scenario, the increase and decrease here are all Unrealized Profits unless he decides to take profits on them.
Do you think there are any differences between the two scenarios? What could these people have done better? Is it all in their mindset?