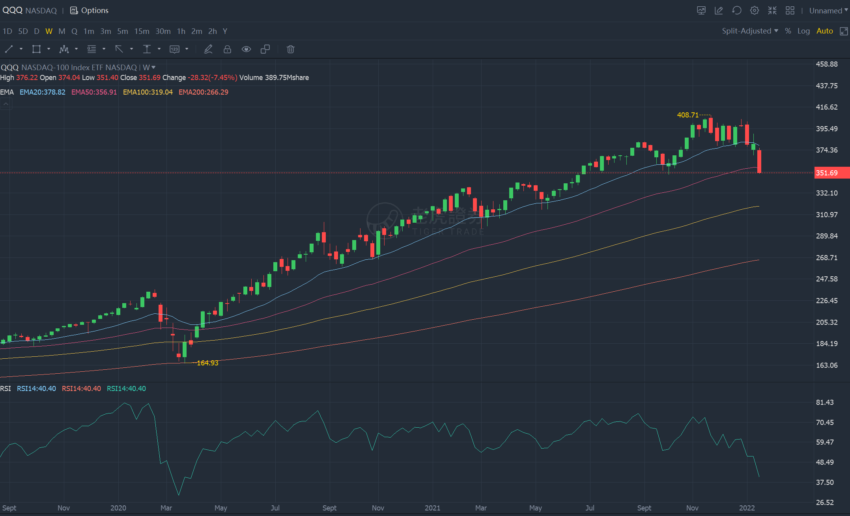 Let’s get to the first month of portfolio updates in the New Year and there are no big changes other than mostly accumulation of the existing.

Barely three weeks into the New Year, the market has sent many investors scrambling for safety as it wrecked open the realities of many companies in the first three weeks of the year.

Interestingly though, the majority of my positions which are in HK and Chinese stocks were spared by this rampage of selling off and valuation re-setting in the market in particular for US shares. If there are any questions as to why most of my positions were in Chinese and HK stocks in 2021 relative to any US companies, I think what happened in the market in the past few weeks provides a clue on its own.

Many of the US companies suffered heavy sell-off but they will be getting into a good buy zone and soon enough I will start allocating into some names I’d like to add.

My biggest rewards towards some of the US companies were in the shorting of Crowdstrike and Netflix in the past few weeks – both of which gave quite a handsome reward that helps me with my gains relatively this month. I no longer have any open short positions at the moment.

I continued to accumulate Tencent shares in January when at one point they represented a good opportunity to add. It is a company which I see potential for long term growth and a good compounder and I will continue to add when I see weakness or when I have funds to add them.

Tencent has also this past week gone XD and gave out JD shares which I am entitled to 71 shares of JD HK. For the purpose of this update, I am just going to convert them into ADR 1: 2 so that would add about 35 shares of JD US for me.

I also accumulated and more than doubled my original position in New Oriental Education shares at about $1.7ish this month.

Other than that, no major changes to the portfolio as I continue to monitor the ongoing situation.

Most of my trades were done through Tiger Brokers where I enjoy low commission fees and many waivers through participation in engagement in their community so if you have not done so, do sign up for it and give it a try.

My last Dec portfolio updates closed in at $480k and this month I am pleased to close in above $500k despite the market volatility start to the New Year. Most of the increase were through capital injection and gains which I’ve made through options, income and the recent shorting of the two abovementioned shares.

While we have not seen a meaningful rebound yet in the Chinese market, the recent loosening of the monetary policy in China amidst the tightening everywhere else will give a lift to the market there. We’ll see if this happens in the next few months.

My quick answer is probably no.

The media does its things best by spreading fud whenever it has the chance to do so and this time it is no different.

The macro condition is going to be tough this year with 3-4 potential rate hikes but it is unlikely to bring the economy down to its knees that quickly.

For most of the cases, the market gets jittery in the year it gets its first rate hike, then the market quickly realizes its real impact to the economy and companies.

We will probably get a correction which does seem ripe but the selling will probably be done for now until the next rate hike or anymore surprises from the Fed.

Many stocks are also reverting back to potentially fair value (while not compelling yet) so we are likely to get buyers coming in to support them.

Out of the 3 indices, my bet is on DJI where it has hit the weekly support earlier than the other two indices. It is also likely supported by financials who have cleared their round of earnings the past week and look ripe for a rebound.

S&P has about 1-2% leg to go before it hits the support while Nasdaq has likely more pain ahead, especially given the round of earnings coming up next few weeks and if Netflix earnings were a sign of indication, it’ll be fun to see how the rest shapes up.

That’s what I have on this portfolio updates.

If you are worried on your positions which have gone negative, do revisit the thesis and think longer term. These up and down tend to present both danger and opportunities in the market so the execution will be very important when the time is ripe.