I thought I’ll do a quick update on the portfolio while I am still out of town and travelling and had a bit of time to sit down to do some quick calculation.
Jun was mostly a muted month of transactions, mainly because I was busy having a holiday and did not had time to monitor the market as much as I usually did.
I did a quick trade for in and out of Suntec Reit nevertheless, buying them at $1.85 and then selling them at $1.89 a couple of days later for 100,000 shares. Not exactly the ideal scenario I was hoping for but I was initially hoping it will catch up with the other retail Reits like FCT and CMT who went up a lot in this month. Still, it was a decent couple of thousands profit after commissions on contra afterwards.
I had also took the opportunity to divest my Netlink Trust at 88 cents after it went up quite a bit in recent couple of days. There has been a lot of targeted focus on defensive stocks recently which pushed up the price which I wanted to take the opportunity to divest and see if there are any other opportunities elsewhere with the banks or other blue chips. At this rate my best situation is to wait for the second half to unravel itself with some opportunities.

The networth portfolio took a slight dip in month of May before rebounding back strongly in the month of Jun with a new record high.
The overall networth of the portfolio increased from the previous month of $918,285 to $937,874 this month (+2.13% month on month; +39.7% year on year).
Warchest has now increased to a staggering 77% of the overall portfolio, so I’ll continue to look for opportunities on the go. 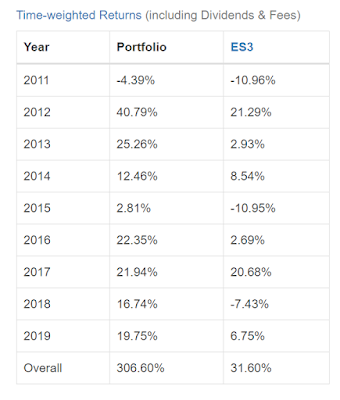 In terms of performance this year, things are still holding up relatively well against the benchmark index of the STI, which is barely sideways after a strong performance in the first few months before going sideways thereafter.

I am still waiting to see if there are good opportunities in the STI blue chips in particular the banks and HK Land so will be keeping a close lookout to utilize my warchest if I found one.