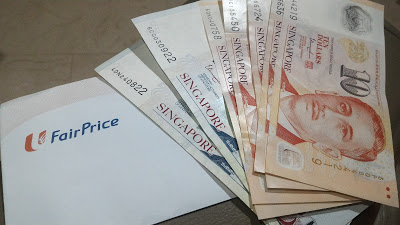 Contrary to popular belief, you don’t have to have a degree in economics or finance in order to achieve financial independence. There are a lot of courses out there that sells on scheme on how to get rich quickly but they might not be feasible to most people. You’ll be surprised to learn that obtaining financial independence is easier than it looks but most people are not willing to spend an effort on it.
In my previous post, I wrote on a story of what I did during one of the weekends where our family went to the neighboring country to purchase some milk powders and diapers. By doing so, we are able to save as much as $50/month. As expected, there will be some people who applaud while others who scoff at what we were doing. The amount of savings amounted to about 1.7% of our monthly expenses so you can see that they are relatively immaterial. Still, every savings count at this point of wealth accumulation in our journey.
A great sage once said: “Never look down on money, not even trivial ones, unless there’s money on the floor. That is one sure path to financial independence.”

Today, I went to a survey conducted from a research house. The timing of the survey was after office hours, so while everyone was having a drink on a Friday night, I chose to spend my Friday evening attending the 2 hours survey, earning a reward of $150. While I can’t disclose the specifics on the survey conducted, it is a pretty fun session involving psychology. We even had a 30 min yoga mind relaxing session and had to write our thoughts thereafter. That was it. These side income of $150 earned translates to about 5% of our monthly expenses.
“Expanding your earning horizon will help accelerate your accumulation towards financial independence.”

Approach To Getting Richer Everyday
We often hear stories that goes like this:
Person A – Earning great income but having poor savings rate because of his high running maintenance of his various expenses.
Person B – A Saver who scrimp and thrifty on things but never really have the chance to look at earning more.
Income > Expenses = Financial Independence 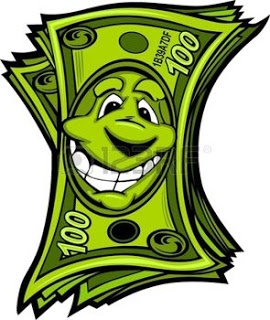 Many people who are pursuing their own path to financial independence often focuses on one but not the other. Perhaps, we should be thinking about getting the best out of person A and B, i.e earning more income while reducing expenses both at the same time.
In the wealth accumulation phase, we should look for ways to allow us to earn more income, either by improving human capital to earn more salary, look for ways to earn a side income and/or investing in assets which will yield an income. On the same manner, we should look for ways to reduce our expenses, either through cutting unnecessary discretionary spending, using credit card for promotions and/or saving on items when you can buy cheaper elsewhere. Small amount goes bigger along the way. That’s the reality of life.
Before we can transform our wealth from poor to rich, we’ve got to transform our spirit from rich to richer. The habits of doing so is itself an education. It fosters every virtue, teaches self restraint, cultivates a sense of order, trains to foresight and broadens the mind. The habits of doing so will stay with us for life and that’s when we truly earned the rights to claim financial independence.

12 thoughts on “What People Misunderstood About Financial Independence – Part 2”