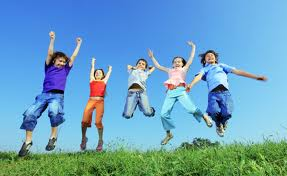 Time is our lives’ greatest non-equalizer and it brings multiple differences in our lives over a period.
The days when you and I were born, we started at almost the same point in life. We eat, play and go to school at the same courtesy of what we were supposed to do. There isn’t much to differentiate to begin with, though I knew a few mothers who have started comparing grades of their own children right ever since they entered school.
Then to the 20s…People starting to enter colleges, polytechnics or universities, took different degrees and enter a path of their own future destination. The differences started to show early, where students who studied medical school or law school are deemed to have a much brighter future. Some students were scholars and their future are pretty much “guaranteed” stable than students who were having average grades.
Then to the 30s…It becomes apparent at this point who were making more money than the others. You may find your colleague at high school who used to be at the same point in your life now being a manager or director while you may not reach that point just yet. He may have a nice car, a great bungalow and living in a world of abundance while you are struggling to pay for your rent. It was clear by now who is wealthy and who is not.
Then to the 40s…differences in the health maintenance began to show. Some started to look old and sick while some still look as energetic as they were in their 20s. Those whose health were deteriorating were contemplating to retire from the corporate world but found it hard as he still has to pay for the expenses of the chidlren and family.
Then to the 50s…It was time to prepare for retirement. People who have done financial planning early in their lives will reap the benefits of retiring early at this point in their lives, enjoying life with family while some who are still drowned in the world of debts will probably still be working at this point in your life. It was very apparent at this time who will finish strongly in the race and who is lagging behind.

8 thoughts on “Time will differentiate us over time”