Some internal news from my company regarding the outlook for shipping:

“Tough outlook with all round slowdown in Europe, US as well as China… but when the economy rebounded back one day, we’ll be the first ready to step in to take advantage of the opportunity” 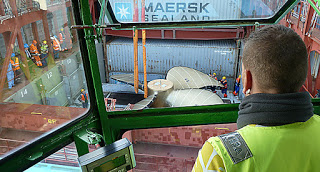 Maersk is building the world’s biggest container ships, the Triple-Es. The first of two propellers has now left Hamburg as very special cargo bound for an Asian shipyard, where the vessels are being built. And when we say big, we mean really big … 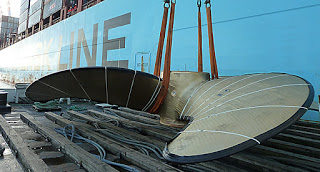 With a diameter of 10m and weighing about 70 tonnes, the giant, four-bladed propeller for the first Triple-E was loaded onto Maersk Salalah. Two of these propellers will provide the thrust for the 400-metre-long Triple-Es. 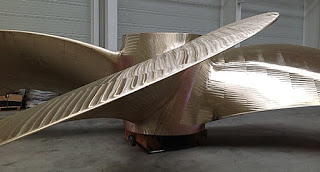 The propellers take 10 minutes to cast but 10 days to cool. The first Triple-E vessel will be delivered in July, 2013. 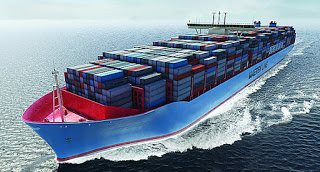 With a capacity of 18,000 twenty-foot equivalent units, the Triple-Es will be the biggest container vessels sailing the seas when the first vessel of a 20-ship order takes to the water from July.