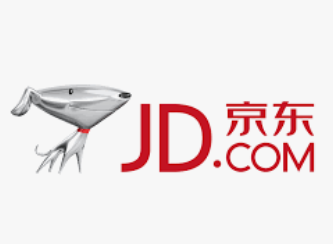 Expectations surrounding many of the Chinese companies were low after the last round of earnings as China continues to tackle the ongoing issues of Covid-19 which dampens the overall spending of China’s consumption and management issued a conservative guidance for FY22.

Overall revenue grew by 18% this quarter compared to the same period last year which was broken down into the following:-

The logistics segment also continued to expand its network and in this quarter they have launched two international cargo flights from Hongkong to Sao Paulo (Brazil) and from Zhengzhou to Cologne (Germany). As of 31 March 2022, JD logistics operated approximately 1,400 warehouses and expanded its network to more than 25 million square metres.

Dada was a new investment which had just received regulatory approval in Feb so this will be from that period since. In the future, Dada will become an important part of the company’s omnichannel strategy as it plans to integrate its supply chain network with the fast growing on demand retail and delivery across China.

Operating margin by segment for retail side fell slightly at 3.6% compared to 4% the previous year for the same period. Management attributed the drop in margin this quarter due to marketing expenses in relation to the Spring Festival Gala sponsorship and the softer fulfilled gross margin during the outbreak of Covid-19. This should normalize back once China is out of this situation.

The rest of the segment has not made positive operating margin just yet but one important thing to note is JD logistics are closing in to breakeven. According to the management’s call, JD logistics was able to absorb the additional costs and improve its margin this quarter due to continuous improvement in operating efficiency and higher ARPU of external customers so key metrics are going in the right direction.

Free Cash Flow for the quarter is in negative territory but it should be viewed in a 12-months trailing basis due to business seasonality and addition of investments. FCF for the trailing 12 months was at RMB 27.2b and at the end of this quarter, Cash & Equivalent and short-term investment grew to RMB 186b.

Management also announced a special cash dividend of USD 0.63 per ordinary share or USD 1.26 per ADS (if you are holding the US shares).

Management considered that the business have done considerably well given that the Omicron outbreak this time round has much more impact than the one they had two years ago as the impact of infection and lockdown are much longer than expected – and so this impacted the fulfilment of delivering the product to consumers, higher costs tendency and delivery time to be longer. This also trickles down to the overall consumer’s consumption that was supposed to grow by 10% this year to unknown and this impacted the overall e-commerce sectors not just JD.

It is difficult to ascribe a valuation for JD based on free cash flow as the company continues to expand by acquiring new investment and businesses so you can see how their free cash flow has dropped from the previous year of RMB 34.9b to just RMB 26.2b in FY2021.

If we add back the RMB 13.5b of capex meant for its development properties, we would ended up FY2021 at RMB 39.7b and trailing 12 months period at RMB 40.7b – so let’s use this to start accounting for the run-rate growth year on year.

The problem with many companies (throughout US and HK) is that most have a strong performance base in 2020 and 2021 due to the pandemic but challenging macro-economic conditions in 2022 seem to dampen their growth and this affects valuation.

As you can see from the model below, the growth from 2020 to 2021 is rather muted, even after adjusting for the growth capex portion.

We do think that whatever investment they have planted today will sow seeds for them in the future, but it is still hard to ascribe a high growth rate when the macro condition is bearish at the moment. At 10% growth (which mimic China’s long term consumption growth rate), I do think this is the bare minimal a company of JD’s size should achieve.

Vice Premier Liu He has also pledged support to many of China businesses in the hope to bring the company’s GDP growth back on track, but it is hard to ascribe an optimistic scenario for now.

Having said that, JD’s share price is currently trading at USD54, so we do still have that margin of safety for now.