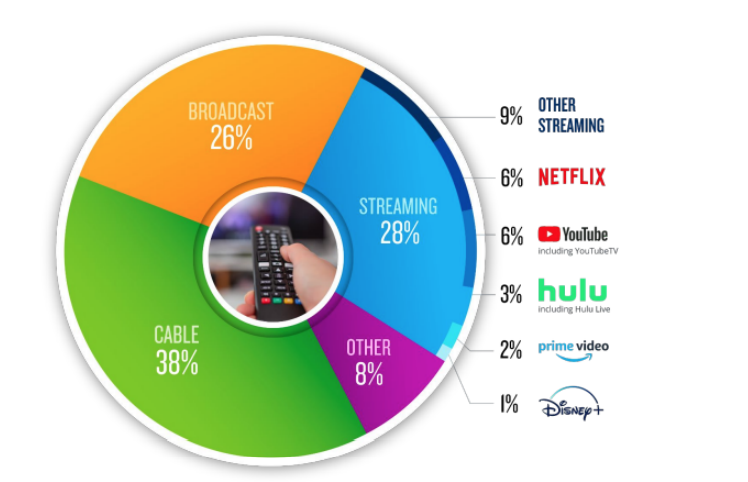 Netflix Inc. has been one of the stay home winners since the pandemic struck us in early 2020.

If you had bought the stock at the depth of the pandemic in March 2020, you would have more than doubled your money if you held on until today.

After all, what can we do during a pandemic when the restrictions keep telling us to stay at home, reduce interactions and go out less – You watch a Netflix series episode after episode like I did every night.

Revenue growth in Q3 was driven by a 9% and 7% increase in average paid streaming and average revenue per membership respectively.

Operating margin amounted to 23.5% for the third quarter which continued a strong trend this year of maintaining well above the 20% mark for FY2021.

The company had a negative free cash flow for the quarter and one which was very lumpy due to the nature of their business in timing of the content production so it would be difficult to value them using the discounted cashflow method accordingly.

If we look at the paid net addition of paid membership below, we can see that the company had a breakthrough each year from 2017 until 2020, and the big increase last year was due to the pandemic restrictions which boosted up its numbers.

Clearly, coming from a much stronger base in 2020, FY2021 was going to be a difficult task in trying to maintain that kind of solid growth. As expected, the company recorded its lowest growth in 5 years as the company is moving towards a more mature stage on this front.

One particular region which has seen an obvious slowdown in growth in Q3 is the Latin America region which is due to the price increase in the subscription. With Netflix planning to increase pricing in all regions in the next quarter or two, we might be seeing a softer growth play ahead.

In terms of its content contribution, a couple of blockbuster series helped to push for greater heights this quarter.

Some of the familiar names such as Money Heist, The Queen’s Gambit and Maid are shows which garnered huge number of household’s views and series which I’ve personally watched it too myself.

Not to mention the extremely popular series – The Squid GAME, which has recently blown everyone’s attention away by being ranked number 1 in 94 countries (including the US).

Although the two are somewhat correlated, it can somewhat differs a bit in the ranking like the one provided below.

The company has been trying to innovate over the years from just being a streaming platform to their own content producing movies and shows to now Games.

During Q3, Netflix acquired Night School Studio – the maker of acclaimed games such as Oxenfree to help build out game development capabilities.

The games on Netflix will be included in the member’s subscription and will not have any advertisements or in-app purchases like many others did so the focus will be solely on enjoyment for now rather than monetization.

It will remain to be seen how the company will be monetizing and adding value to this segment in future years to come.

In the conference call, one analysts ask if Netflix is able to maintain the net addition paid membership as the world returns to normalization.

Netflix’s management is confident that the company will be able to maintain a healthy retention rate despite the world returning back to normalcy and even with the planned minor increase in pricing they are not expecting a lot of drop-off.

If you ask me (3F’s own opinion), the recent price increase in Q3 for Latin America which sees an obvious slowdown in growth is definitely one to worry about. This is an inelastic price play, so we could see an impact to the growth line.

From a content production point of view, the company is already expecting a greater number of Netflix originals in 2022 so that is one silver lining.

However, if you read the transcripts of the earnings in detail, there were quite a bit of discussion surrounding the paid net additions for next year and whether they are able to maintain that 27m which they have achieved in the past few years with all the competitions going on and the world returning back to normalcy.

Personally, if you ask me, that’s going to be an uphill task.

Netflix Inc. has never been priced cheaply by traditional standards since it is being pivoted and priced as a growth company.

At today’s price, it is trading at about ~57x in price to earnings.

We can’t use the discounted cashflow method to value the company as the free cash flow is volatile due to the nature of the business.

Moving forward, the company may be expecting a more stagnant/slower growth and may have to rely more on monetization (increase in price subscription) to make up for the revenue.

They may also want to focus on non-growth regional markets which still have room to grow rather than matured markets which are saturated by competition (especially in the US).

Netflix Inc. share price has done very well since releasing its Q3 results a couple of days ago.

However, from a technical perspective, I am afraid this is going to peak at about $685-$700 before retracing back to its moving average for consolidation until the next earnings move.

Based on the weekly chart, the share price looks somewhat over-extended based on the RSI, which also coincides with the upper long term trendline that reads $685 as the peak of that blue trendline.

One opportunistic trading play is the writing of call option at $685 for this Friday’s expiry, which currently stands at a premium of $3.45/contract. This translates to about 0.5% for a period of 4 days.

If you’d like something more conservative, you can also do the higher strike at $700 for this Friday’s expiry, which still command a respectable amount of premium of $1.20/contract. This translates to about 0.18% for a period of 4 days. Lower but much safer intended.

Alternatively, you could look into writing for longer period that will expire next Friday.

Call option with strike $685 and $700 are commanding $7.30 and $3.90 respectively. It is a great way to play the Netflix short without actually shorting the stock itself and limiting your exposure to the next consolidation mode going into next earnings.