You might recall I re-initiated a position back in Ho Bee Land just a month ago. You can refer to the earlier post here.

The company announced its Q3 results today after market trading which I thought was pretty good. 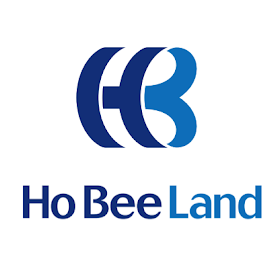 The first that was brought to my attention was the recurring income from the rental. Unlike the model of my other vested company FEO, Ho Bee recurring income has steadily increased over the years and we are seeing another quarter of increase from this quarter. Year on year, the recurring income was up 12.4% to $39m in Q3, so if we extrapolate that to 4 full quarters, we should see it reach at around $160m. This was higher than my earlier expectation of $150m which I forecast when I bought earlier. It could be well due to the favorable pounds exchange rate in recent times.

There was nothing much to shout for the sale of the development properties. Much of the Aussie project for The Pearl in Melbourne and Rhapsody in Goldcoast have been recognized so this quarter was not much different.

There's no mention of any sales from its Sentosa project.

The biggest impact that came out of this quarter is the contribution from the joint venture project in Shanghai and Tangshan.

What was once an incident that I have much concern in the past turned out well at the end, given the recent bullishness in the China market. The company managed to book in profits from associates and JV combined of $31m this quarter, a huge boost to its earnings.

What made it better was that the associates declared a dividend which was well received in this quarter under the investing cashflow. The company used it to repay some of its borrowings and cash balance was boosted significantly.

The company has no next available project that I am aware of that will need the cash, hence I trust that the company will move for another acquisition in UK shortly, which seems to be Chua's favorite playground right now.